One of the most common questions we hear every day is what orientation should my LED bulb face? LED's are “directional” light sources, which means they emit light in a specific direction, unlike halogen, which emits light in 360°. The light will otherwise appear to have a poor output or beam pattern, not to mention the glare it may cause other drivers. That's why LED bulbs have to be positioned correctly according to the different optical design of the headlamps.

For single filament bulbs, the diodes (LED chips) should always be in a side to side orientation, meaning, you should have one set of LED's facing at 3 o’clock and the other set facing at 9 o’clock. This will allow a nice and even 360° light distribution throughout the housing creating an even beam of light as well as evenly fill up the housing.

For dual headlight setups that provide low and high beams from one bulb we will use the same side to side orientation. There are two sets of LED chips on both sides of the bulb for dual beam bulbs and the two chip sets need to be aligned according to the illustration as below. 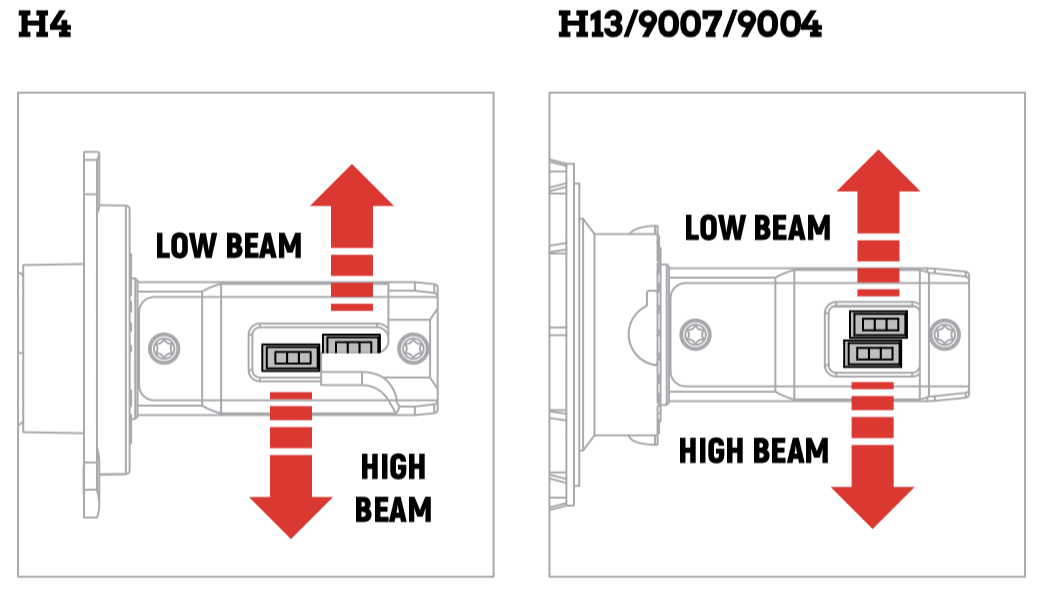 IMPORTANT NOTE: In most cases all bulbs are initially set to an optimal operating angle and adjustment is not always required. Check the bulb orientation right away after you put the LED bulbs in before any harness is connected. Please check the LED Bulb Adjustment Guide for details on how to adjust the angle of the bulbs.